How well do you chop your cucumber?

It’s a ridiculous question, I know, but in the short film Sight the protagonist plays an augmented reality game that awards him points for the consistency in the thickness of his slices.

The scene irked me. The last thing I would want while preparing dinner is a computer judging me. Really, who cares how wide I cut the slices, and who judged that distance to be the perfect width anyway? It’s certainly not my idea of fun. And besides, it all tastes the same.

It’s a clear case of gamification gone too far ? and of course that was the film’s message. The plot continues to delve into much darker uses of the technology, raising the spectre of what appears to be utopia on the surface hiding dystopia underneath. 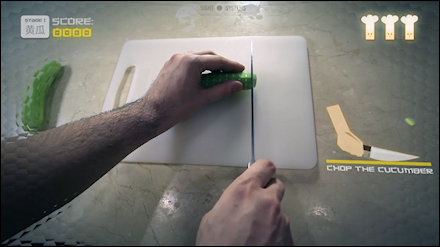 In my previous post Game-based learning on a shoestring, I advocated the use…