The first part of an assessment design is the most obvious; the student performance, or more simply referred to as the activity. This requires a student to show the teacher what they know or can do. The second part assessment design is often assumed or omitted; however, this part of the assessment is critical to optimizing alignment to the objectives, and provides valuable support towards student success. This critical component is the grading plan or better named the feedback criteria. As a teacher, we need to effectively communicate to our learners both a description of how they will perform an assessment activity as well as a description of how we will judge the quality of their performance. Are you planning and communicating your feedback criteria? The Blended and Online Assessment Taxonomy Infographic presents types of activities that suit various levels of assessment as well as grading and feedback criteria which will help you plan better assessments.

1. Remember – Focus in Memorization and Recall

You teach, which means you need to know what students do and don’t understand.

Which means you need to assess.

You teach in the 21st century, which means you use the internet and digital tools to plan, share, and curate learning.

Which means online assessments could be a boon to your teaching, whether for blended learning, a flipped classroom, eLearning, to better communicate learning progress to parents, or for students to track their own mastery.

So then one or two of the 26 teacher tools to create online assessments by Classroomaid Chuang may prove useful to you, yes?

Free tools or websites that teachers can create or share quizzes and polls. Please add your recommendations.

Socrative is a smart student response system that empowers teachers to engage their classrooms through a series of educational games and exercises via smartphones and tablets. Our apps are super simple and take seconds to load and run. Teachers control the questions and games on their laptop, while students respond and interact through their smartphones/laptops. Run it as an app or on any web browser

Google Forms – the quizzes can even be self-grading by adding in the proper «if statements» in the underlying spreadsheet. Google Forms allows you to create many different types of questions, automatically collects usernames, sends data to a spreadsheet, self-grading options such as «if statements» but if you use a tool called Flubaroo http://www.flubaroo.com/ it is even easier to grade them. Google makes it easy to graph results as well. Google Forms also has many public templates with some quizzes that have already been made, you can use and modify them. I like the way Google Forms works with other Google Apps, you can either send the quiz to students via their mail, or embed the quiz in your Google Site.

For class sizes of 30 or less it is free and unlimited. Its great for polling your class for opinion and understanding. The results can be embedded into a PowerPoint presentation or web page and update in real time. responses can be submitted via text message, Twiitter or web. It’s the favorite tool of many teachers for creating pools.

The focus of the Moodle project is always on giving educators the best tools to manage and promote learning, but there are many ways to use Moodle.Moodle is an Open Source Course Management System (CMS), also known as a Learning Management System (LMS) or a Virtual Learning Environment (VLE). It has become very popular among educators around the world as a tool for creating online dynamic web sites for their students.

Turns any networked device into an easy-to-use response tool. Wide support for smartphones and tablets including iPhone, iPad, Android, Blackberry and Kindle.

It’s a free online non-commercial resources for teachers and students, there are built in quizzes for math, science, language arts, and social studies, which are adjustable in both difficulty and length. The interface has not been limited by the pre-built and allows educators to make their own tests covering any subject and set of questions. It allows for multiple languages.

It is a new free site designed for creating and taking tests/exercises. The features include sharing tests and results with social network, tracking progress, rating a test, searching a test by subject or grade level..

The Hot Potatoes suite includes six applications, enabling you to create interactive multiple-choice, short-answer, jumbled-sentence, crossword, matching/ordering and gap-fill exercises for the World Wide Web. Hot Potatoes is freeware, and you may use it for any purpose or project you like. It can be integrated with Moodle.

They have a free academic license, and this is definitely a more high end survey tool. But one of the many cool things is it allows for branching questions… So depending on how a student answers one question, they could be taken to a whole different place.

Using www.QuizRevolution.com you can create interactive or multimedia quizzes with this innovative site and embed them easily in any website or blog using 1 line of simple HTML (an IFRAME).Perfect for any website or blog for fun competitions, organization promotions, education, business advertising, training tools, and interactive media.

Generate automatically graded online tests with 4 questions types. Great for professionals and K-12! No need to register to create tests.

It’s a very simple site for creating a quiz that generates a unique URL for others to take.

The ClassMarker online testing website, is a easy to use, online quiz maker that marks your tests and quizzes for you.

QuizStar is a free, online quiz maker that allows you to manage your classes, assign quizzes, and generate reports of quiz scores and student performance.

Teacher Resources to Create, Store, and Print worksheets, studysheets, exams and quizzes online. Its capacity for creating multiple versions of the same quiz is really helpful.

It’s a plugin for PPT 2007, 2010 and OneNote 207,2010 called Interactive Classroom. Basically, you download the plugin to load it. From there you click on the tab in PPT called Academic and it will give yor a list of menu options for creating a PPT for polling. Share the PPT to your network and your students using OneNote can then access your PPT through OneNote by using the Academic Tab to find it. The entire PPT will come into one note and once you press the poll button in your presentation the students will then be able to respond to your questions. Once you close the poll it will show results to all the users. Since they are in OneNote they can then take notes over their copy of your presentation and have it for future reference.

Ecoballot is an affordable web-based platform for school elections. Each subscription includes unlimited use by the entire school, so teachers can use it as a quiz or survey tool as well. Works best in government or civics class, where students can cast votes in current or historical elections.

Scattervox is a free web site that allows users to create free online polls with a twist: users «plot» their opinions about people, places, and things on a two-dimensional «scatterplot.» Think of it as an interactive infographic. Different – and fun!

Survey Anyplace enables anyone to create appealing mobile quizzes and surveys to engage with audiences on the go. Use the feedback to increase satisfaction, participation and revenue. Get started for free.

Interact with your audience – Free of charge and without registration!

Allows you to make and take practice quizzes online. You can also create printable quiz sheets as well as flash cards and word search puzzles.

iPads and Assessment, A Winning Combination

By Daphne Koller, Special to CNN 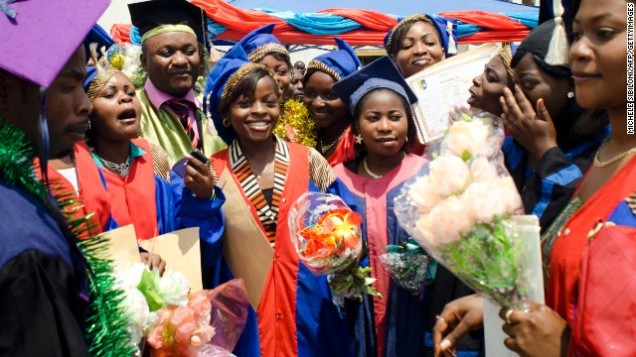 Around the world, and in developing nations especially, there is an overwhelming demand for higher education.

Despite worldwide increases in tertiary enrolment numbers, there still remains disparity between those with access to quality education and those without.

In Sub-Saharan Africa, for example, only 6% of college-age students are enrolled in higher education.

That number rises to 72% in North America and Western Europe, but hovers around 20% to 40% for most developing regions, according to UNESCO reports. Without higher education, most people face a grim future.

But once you consider the possibilities provided by an internet connection and the growing availability of quality online education resources, the conversation about accessibility shifts from «where» to «how,» and exciting new opportunities (and challenges) arise. So how do we actualize the idea of education for everyone?

Read more: Does Brazil deserve its ‘B’ for BRIC?

Not surprisingly, three of our biggest countries outside the U.S. are Brazil, India, and Russia, where the number of jobs that require a higher education greatly exceeds the number of people with education sufficient to do these jobs.

In Russia, for example, new student enrollments rose 230% since January 2013 (surpassing new student growth from the U.S., which is up 178%). Our large international growth poses challenges in dealing with cultural and language differences.

Despite our global reach, most of the course material and lectures found on our platform are in English, making the courses inaccessible to many students whose native language is not English.

To address this issue, we are taking a two pronged approach. First, we are working with our partner universities in non-English-speaking countries to offer courses taught natively in languages other than English (currently French, Spanish, Chinese, German, and Italian).

We are also building up a network of «translation partners» – non-profits, companies, and universities – to translate Coursera lectures from popular courses into a selection of languages common among our students.

Moscow-based Digital October (one of our translation partners) has experimented with creative ways to use online education to transcend cultural and language barriers.

The center for new technology and entrepreneurship recently hosted a multi-national «ideahack.»

This interactive meet-up centered around the University of Pennsylvania’s online Gamification course, and attracted more than 200 live students from Moscow and 15 students from three continents around the world via video conference, with the event being simultaneously translated for Russian and English audiences.

Fareed Zakaria: How to beat inequality

Princeton’s Professor Mitch Duneier taught his sociology class to a global audience. He says that: «Within three weeks I had received more feedback on my sociological ideas than I had in a career of teaching, which significantly influenced each of my subsequent lectures and seminars.»

These insights have reshaped the way he teaches his Princeton students on campus. One student wrote to him, saying, «It has been an incredible experience for me, one that has not only taught me sociology, but the ways in which other cultures think, feel, and respond.»

By their very nature, Massive Open Online Courses (MOOCs) foster an open environment where people from all walks of life can contribute to a thriving collaborative community.

Other models for online education are also being explored, such as the flipped classroom, which makes high-quality course content available in conjunction with local instruction.

This can provide much needed expansion of education in the many countries that lack qualified instructors.

With the rise of online education, the notion of a «global classroom» is being discussed by educators and the media alike.

To me, achieving a «global classroom» means using education to erase barriers between people of different cultures and backgrounds; it means giving people the opportunity to learn without the limits imposed by physical or socio-economic circumstances; and it means giving schools and instructors around the world the ability to transcend boundaries to bring high-quality education to their students.